Culver City, CA (Vocus/PRWEB) March 02, 2011 - Today on Capitol Hill, at 9:00 am (EST) sharp, “The Strike” Productions’ Harmon Kaslow hosted a private screening of the upcoming political drama ATLAS SHRUGGED PART I open exclusively to members of Congress and their staff. 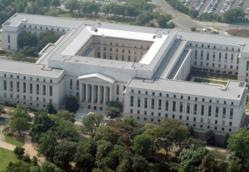 “I can’t think of a more perfect venue than the Rayburn Building where its main entrance is guarded by two ten foot marble statutes symbolizing Spirit of Justice and Majesty of Law.” Continued Kaslow, “Given the current political climate, screening the movie right in the middle of where the U.S. House of Representatives operates brings the movie directly to the audience that needs to see it most - the U.S. Congress.”

The Strike is hosting a number of invitation only screenings of Atlas Shrugged prior to its theatrical release on April 15, 2011 in eleven US cities including a screening in D.C. later today and New York City on March 3, 2011.

ATLAS SHRUGGED PART I, a movie adapted from Part I of Ayn Rand’s epic novel "Atlas Shrugged", is scheduled to open in limited release in the USA on April 15, 2011. For more information, visit http://www.AtlasShruggedPart1.com.

About “The Strike” Productions:
“The Strike” Productions, Inc. was created by producers John Aglialoro and Harmon Kaslow as a new production company for the sole purpose of producing a trilogy of films based on Ayn Rand’s epic novel, "Atlas Shrugged." For more information, visit http://www.AtlasShruggedPart1.com
Posted by Scott DeSapio at 9:00 AM