"A white rectangle hung over the city, imparting the date to the men in the streets below. In the rusty light of this evening’s sunset, the rectangle said: September 2."

- Ayn Rand, "Atlas Shrugged"
You didn't think we were going to let this day just slip by did you? We've been very hard at work and are extremely proud to finally present to you...

The ATLAS SHRUGGED PART I DVD...

Please stop by the updated Atlas Shrugged Movie Merchandise page to check out some great new products - from the new "Film Cell" to the "Collector's 4 DVD Box Set", to the new "Deluxe Galt Collection", we simply couldn't be more proud.

On March 25th, 2011, I asked you to get in front of you camera and simply state "I am John Galt." for a chance at being on the DVD. You did and now, you are. This is just a sneak peak of the more than 1400 videos included on the upcoming DVD.

Posted by Scott DeSapio at 8:30 AM

"I am John Galt." Video Wall

Within the next week or so, we'll have a real sneak peak of the "I am John Galt." DVD special feature to show off but first, a little primer...

No, this is not taken directly from the DVD - it's just a web plug-in displaying everyone's responses. Stay tuned for the real thing soon.

Also, please note that while the vast majority of the videos presented on this wall did in fact make it to the DVD, there were a few that didn't make it due to some technical gotchas. If you were cut, we'll make it up to you on the next one.
Posted by Scott DeSapio at 10:32 PM

A is A. The Official Atlas Shrugged Movie Blog is here. 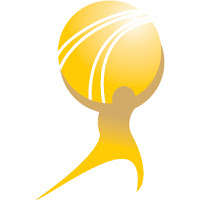 Welcome to the new OFFICIAL Atlas Shrugged Movie Blog. We've been extremely busy since the theatrical release of Part 1 and have much to discuss but, before we get started, a word from our sponsor...

A New Domain - THE Domain

AtlasShruggedMovie.com. Ahhhh. Feels better right? Say it out loud: "ATLAS SHRUGGED MOVIE DOT COM." FINALLY. After many months of wrangling, we got it - our domain is finally our domain. If that doesn't make any sense, don't worry too much about it. If it does make sense, please first make your way to a semi-isolated area before throwing your hands up, jumping in the air for joy, and screaming at the top of your lungs - we Randians have an image to uphold.

A New Blog - THE Blog

When putting together our online presence for Part 1, we had to prioritize, build quick and get the fundamentals done without hesitation. We did. Now that we can take a breather... a blog is born.

As AtlasShruggedPart1.com took some time to evolve, so will this blog - give us a minute before you start throwing the tomatoes. ;)

Note: We added all of the old press releases for the sake of posterity and to give the blog a little foundational content so, don't expect to find too much you haven't seen already. Stay tuned - new stuff is on the way.

Well... almost here. But, you know what? Our friends over at 20th Century Fox gave us one more HUGE reason to smile with the signing of our brand new shiny DVD/Blu-Ray distribution deal. Can distribution deals be shiny? Yes. Yes they can.

Looking to host a screening of Atlas for your group or organization? Fill out our Screening Request Form and we'll be in touch shortly.

Note: This is for USA based groups and organizations only. More information on international screenings soon - really.

Email ThisBlogThis!Share to TwitterShare to FacebookShare to Pinterest
Labels: dvd

ATLAS SHRUGGED: PART 1 is set in a dystopian United States where leading innovators, from industrialists to artists, mysteriously disappear at an alarming rate resulting in "stopping the motor of the world."

“For years, people inspired and influenced by Atlas Shrugged have been clamoring for a film adaptation. We’re extremely excited to finally release the first part of the trilogy to the home entertainment market and we now look forward to getting into the production of Part 2.” stated Producer Harmon Kaslow.

Ayn Rand’s 1,100 page novel is being produced by Atlas Productions as a trilogy following the three part structure outlined in the bestselling book. Part 1 was released theatrically on April 15, 2011 and Part 2 is expected to follow in 2012.

About Atlas Productions, LLC
Atlas Productions, LLC. was formed by John Aglialoro as a motion picture studio to produce and distribute films including those based on Ayn Rand’s epic novel, Atlas Shrugged. For more information, visit http://www.AtlasShruggedMovie.com.
Posted by Scott DeSapio at 11:11 AM

Producer Harmon Kaslow stated “The level of community involvement on the Atlas Shrugged Part 1 Website was tremendous. Site traffic leading up to release day was consistently high - in the 300,000 pageviews per day range. On April 15, 2011, however, the day the movie was released, we amazingly served up over 1.6 million.”

“While this new site is a fun first stop for hardcore fans, what we’re really looking forward to is introducing a whole new level of interaction to the entire fan base with what we have in store. It’s a huge plus having the extra time to build something truly special to really connect with fans.” said Communications Director Scott DeSapio.

Producer John Aglialoro added, “It’s time to get focused on Part Two. We’re all very excited about the prospect of communicating more directly with the fan base this time around. It was incredible to witness the community enthusiasm for Part 1 and we can’t wait to fully engage with the fans for Part 2.”

The producers have set a tentative theatrical release date of Fall 2012.

Atlas Shrugged Part 1, a wholly independent film, opened in theaters on April 15, 2011. According to Box Office Mojo, the film stands at #61 of the top 100 money-making films released in 2011. Negotiations are under way with a major studio to release Atlas Shrugged Part 1 on video in the 4th Quarter of this year.

Ayn Rand’s 1100 page novel is being produced by Atlas Productions as a trilogy and follows the three part structure outlined in the book.

About Atlas Productions, LLC:
Atlas Productions, LLC. was formed by John Aglialoro as a motion picture studio to produce and distribute films including those based on Ayn Rand’s epic novel, Atlas Shrugged. For more information, visit http://www.AtlasShruggedMovie.com.
Posted by Scott DeSapio at 9:00 AM 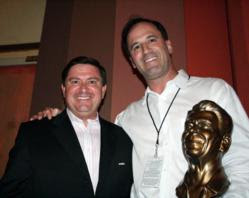 “I’m very grateful to the Ronald Reagan Presidential Foundation and the Santa Catalina Film Festival for honoring our film with this award,” producer John Aglialoro said. “It reinforces my commitment to getting the story and message of ‘Atlas Shrugged’ to the big screen.”

“The film adaptation of the novel ‘Atlas Shrugged’ highlights the principles of individual responsibility, optimism, and freedom that shaped Ronald Reagan’s personal, professional and political life,” McLaurin said. “I can think of no current film more deserving of the inaugural award as we mark the 100th anniversary of President Reagan’s birth and reflect on the ideals that not only influenced Ronald Reagan but an entire generation.”

The Ronald Reagan Great Communicator Award was created as part of the celebrations of what would have been Reagan’s 100th birthday in 2011. This year’s award marks the 75th anniversary of the start of Reagan’s film and television career, which began on Catalina Island in 1936, when Reagan did a screen test for Warner Brothers while in Southern California to cover Chicago Cubs spring training.

On April 15, 2011, Atlas Shrugged Part 1 was released by Atlas Productions, LLC in the USA and continues to play in more than 200 theaters nationwide.