And the winner is...

Remember that contest we had a couple of weeks ago to be an extra in Atlas Shrugged Part 2? And, the winner was...


Saranac Harris, from Carlsbad, CA, facebooked her way onto the ASP II set this past Tuesday to join us in wrapping the movie.
Saranac and her husband Kevin were "extras" at Jim Taggart and Cheryl Brooks' wedding reception during Frisco's money speech. We had a great time with Saranac and Kevin and look forward to seeing them again.

Thank you to everyone who participated. Anyone interested in earning their way to the ASP II premiere? Hmmm.
Posted by Scott DeSapio at 6:22 PM

Be an Extra in Atlas Shrugged Part 2

Atlas Shrugged Part 2 is looking for an extra. What’s an “extra?”

A background actor or extra is a performer in a film, television show, stage, musical, opera or ballet production, who appears in a nonspeaking, nonsinging or nondancing capacity, usually in the background (for example, in an audience or busy street scene). 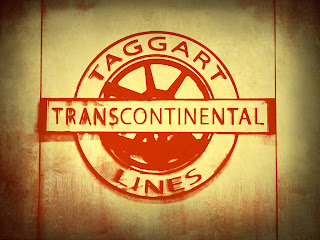 Yes. Really. Although there may be some dancing.

We’ll be selecting an extra this Friday afternoon and flying the selectee and a guest to LA this coming Monday, May 14th - all expenses paid. Or, most expenses anyway - flight and hotel for two nights.

By the way, while you’ll definitely be an “extra” on set, we can’t really guarantee you screen time. But... we can certainly guarantee you a good time. We’ll make sure you get some cool swag too.

Includes: a non-speaking, featured "extra" walk-on role on Atlas Shrugged Part 2. Valid for one person however, the selectee may bring a guest on set. Must be at least 18 years old. Availability is based on production schedule. Show tapes in LA. We can not guarantee that the scene the winner is in will make the final cut and be aired. The selectee will not be paid for their time.
Posted by Scott DeSapio at 5:45 PM

Who is John Galt?

Sign up for the Official Atlas Shrugged Movie newsletter at WhoIsJohnGalt.com... and discover the truth.

Posted by Scott DeSapio at 4:36 PM

(Beverly Hills, CA) - April 2nd, 2012 - Either-Or Productions announced today that the film adaptation of Ayn Rand’s Atlas Shrugged, Part 2, “Either Or” has been fully cast and principal photography has begun.

Based on Ayn Rand’s (Feb. 2 1905 - Mar. 6 1982) 1957 novel, ATLAS SHRUGGED PART II: EITHER OR is set in a near future dystopian United States with a global economy on the brink of collapse and brilliant creators, from artists to industrialists, mysteriously disappearing at the hands of the unknown.

Starring in the film are Samantha Mathis as the heroine Dagny Taggart, Jason Baghe as the industrialist Henry “Hank” Rearden, and Esai Morales as the playboy Francisco “Frisco” d’Anconia. 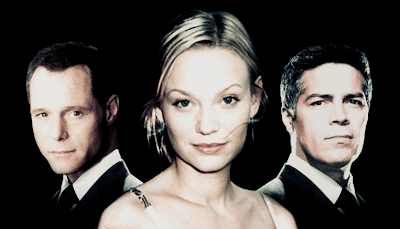 Producer Harmon Kaslow said “We’re thrilled to have such a wonderful group of actors on board. In green-lighting part two, John and I decided to take a fresh look at everything and we couldn’t be happier with the results so far. The new cast are simply fantastic and bring a tremendous amount of experience and enthusiasm to the project.”

Duncan Scott, a screenwriter on the project and four time Emmy® award-winner, who worked extensively with Rand on the restoration of her film classic “We the Living” stated “It’s very exciting to have a cast that projects the sense of life that one would hope to see when bringing Rand’s iconic characters to the screen.”

About Either-Or Productions
Either-Or Productions, LLC. was formed by John Aglialoro as a motion picture studio to produce and distribute Part 2 of the Atlas Shrugged movie trilogy based on Ayn Rand’s epic novel. For more information, visit http://www.AtlasShruggedMovie.com.
Posted by Scott DeSapio at 7:02 AM

"The ladder of success is best climbed by stepping on the rungs of opportunity."
- Ayn Rand

We’re hiring. The Atlas Shrugged Part II Marketing team has two immediate openings to fill. All candidates must have read Atlas Shrugged and display a thorough knowledge of the material.

INTERN
Full-time paid internship working with the marketing team in Beverly Hills, CA. Show us your creative writing skills by writing a brief 3 paragraph essay answering the question "Who is Ayn Rand?" Email your essay and contact info to: internship@atlasshruggedmovie.com.

ART DIRECTOR
Full-time position working on the Atlas Shrugged Movie Marketing team (may work remotely). Must be proficient in Photoshop and Illustrator and posses depth of knowledge in Web related Graphics and design. HTML, CSS, and Usability huge pluses. Experience with Adobe Premiere helpful. Responsibilities to include evolving the foundational Atlas brand, creating collateral and assets for print & web. DO NOT send resume. Email ONLY links showcasing your work to: creative@atlasshruggedmovie.com
Posted by Scott DeSapio at 8:36 AM

The official movie synopsis for Atlas Shrugged Part 2: Either Or 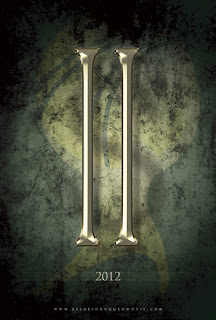 The global economy is on the brink of collapse. Brilliant creators, from artists to industrialists, continue to mysteriously disappear. Unemployment has risen to 24%. Gas is now $42 per gallon.

Dagny Taggart, Vice President in Charge of Operations for Taggart Transcontinental, has discovered what may very well be the answer to the mounting energy crisis - found abandoned amongst ruins, a miraculous motor that could seemingly power the World.

But, the motor is dead... there is no one left to decipher its secret... and, someone is watching.

It’s a race against the clock to find the inventor and stop the destroyer before the motor of the World is stopped for good.

A motor that would power the World. A World whose motor would be stopped.

Who is John Galt?

Atlas Shrugged Part 2 to be in theaters October 2012

Based on Ayn Rand’s (Feb. 2 1905 - Mar. 6 1982) 1957 novel, ATLAS SHRUGGED is set in the near future when a dystopian United States finds its leading innovators, from industrialists to artists, mysteriously disappearing at an alarming rate resulting in the “stopping the motor of the world."

Joining the production is Duncan Scott, a four time Emmy® award-winner, who worked extensively with Rand on the restoration of her film classic “We the Living.”

“Rand has long been the focus of Duncan’s work. He brings invaluable experience to the table as well as an incredible depth of knowledge regarding Atlas. We’re thrilled to have him on the team.” stated Producer John Aglialoro. 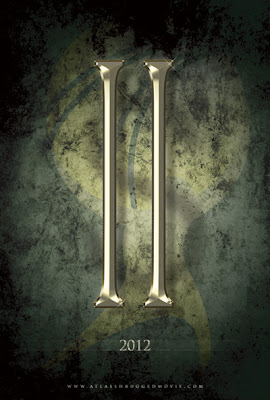 Rand’s 1,100 page novel is being produced by Atlas Productions as a trilogy which follows the three part structure of the bestselling book.  Part 1 was released theatrically on April 15, 2011. Part 2 is set to be in theaters October 2012 amidst what is sure to be a fever pitched presidential election season.

“It’s no coincidence that we chose Ayn Rand’s Birthday as the occasion to make this announcement. We have high aspirations for Part 2. We’ve looked carefully at Part 1 and taken time to analyze and reexamine everything from the script to the casting. John and I are committed to making a great Part 2 and excited about what lies ahead,” according to Producer Harmon Kaslow.

A new teaser trailer is now available on YouTube with an official teaser poster adorning the trilogy’s official website.

About Atlas Productions, LLC
Atlas Productions, LLC. was formed by John Aglialoro as a motion picture studio to produce and distribute a movie trilogy of Ayn Rand’s epic novel, Atlas Shrugged. For more information, visit http://www.AtlasShruggedMovie.com.
Posted by Scott DeSapio at 8:46 AM